The 5 Biggest Rivalries in MLB History 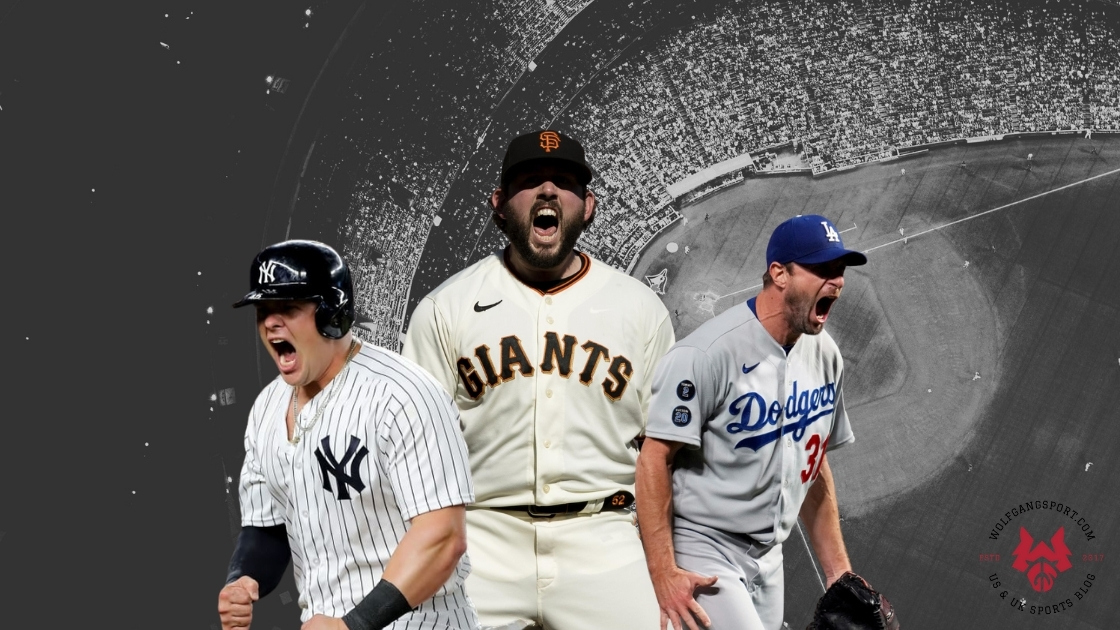 Hey Hive! I had fun writing this one. The MLB has the oldest rivalries in the NBA and exploring the history behind them was very interesting. Let's take a look at the five biggest rivalries in baseball.

The Cubs have been a member of the National League and the White Sox the American League. Although the two teams have had a historical rivalry, inter-league play only began in 1997. The Cubs and White Sox played in the 1906 World Series which stopped the city and historically the rivalry has been limited to the City Series as well as the Windy City Classic charity game. Even Michael Jordan has appeared in the rivalry for the White Sox, the former Chicago Bulls superstar playing in an exhibition match as he was connected to the Sox through minor-league affiliate team Birmingham Barons.

The White Sox and Cubs now play each other six times a year with the best team taking home the Crosstown Cup trophy since 2010. The rivalry stems from the fact the Cubs are based in Chicago's North Side and the White Sox based on the South Side. One of the most iconic moments of the heated rivalry in recent history was when Cubs catcher Michael Barrett punched White Sox catcher A. J. Pierzynski in 2006 after the two collided, resulting in both benches clearing. In a case of 'Little brother syndrome' the White Sox are seemingly always overshadowed by the Cubs and the best example of this is with the little fanfare when the White Sox won the 2005 World Series compared to when the Cubs won it in 2016.

The Brewers-Cubs rival is relatively new with the first match between the two played in 1997. It's fast becoming one of the best MLB rivalries building on the historical Bears-Packers rivalry in the NFL. The home fields of the two National League Central division rivals are only 83-miles apart (134km) and nothing irritates Brewers fans more than a Cub fan referring to Am-Fam Field (formerly known as Miller Park) as Wrigley North.

It's often easier and cheaper to travel and watch the Cubs play a game in Wisconsin then it is at Wrigley Field resulting in Brewers home games often being 'taken over' by fans making the trip from Chicago.

In recent years the "Take Back Miller Park" campaign, which was launched in 2006, as well as the large contingent of fans making the trip from Wisconsin to Wrigley Field has seen a shift in Cub fan dominance. The rivalry is beginning to create some history on the field too, with the two facing off in a Game 163 tiebreaker to decide the NL Central division in 2018. The Brewers would beat the Cubs to became the top seed in the National League that year.

The Cubs-Cardinals bitter rivalry began in 1901, with Chicago known as the Orphans at the time. In earlier years it was known as the Route 66 Series and is more commonly referred to as the Downstate Illinois or I-55 Series. Although the Cubs lead the Cardinals head-to-head, St. Louis have been far more successful overall winning 11 championships. Chicago have only managed 3 of their own with their third coming in what is considered the best World Series of all time in 2016.

Many of the best players in MLB history have played for the Cubs or Cardinals including Hall of Famer Rogers Hornsby, who many consider to be among the best hitters in history. Hornsby in fact played and managed for both teams.

Both the Cubs and Cardinals made the 1998 MLB season one of the most exciting of all-time with the McGwire-Sosa home run chase going back and forth for months. Both the Cardinals' Mark McGwire and the Cubs' Sammy Sosa would run down Roger Maris' 37-year single season home run record of 61. McGwire finished the season with 70 runs with Sosa close behind on 66.

Historically the Cubs and Cardinals have fought for territory which has divided friends and family. Before expansion of the MLB, the Upper West states was a hotbed of support for the Cubs and the Southern states for the Cardinals. Central Illinois is also a hotly contested market with much of the area split on their loyalties.

One of the biggest rivalries in American sports, the Yankees and Red Sox rivalry has a storied history. For the majority of the rivalry the Yankees have been dominant and it was one moment that changed the course of history for both franchises and led to an 86-year World Series title drought. Babe Ruth, the greatest baseball player of all-time, was traded from Boston to New York in 1919 and the rest is, well, history. The rivalry has often led to violence with a Yankees fan in 2008 charged with reckless second-degree murder.

Regardless of team standings the Yankees-Red Sox rivalry is one of the most watched MLB games in any season. Connecticut is considered to be the territorial battle line which separates fan support for the two teams and the rivalry has also spilled over into politics. Former mayor of New York City and Yankees' fan Rudolph Giuliani openly professed his support for the Red Sox during the 2007 World Series. Giuliani's successor Michael Bloomberg who grew up a Red Sox fan from Boston, switched his allegiance to the Yankees after taking office.

As good as the Sox-Yankees derby is, the Dodgers-Giants derby is the best in Major League Baseball with some considering it the best rivalry in sports. The rivalry began back in 1890 when both teams were based in New York. The Giants played out of Manhattan and the Dodgers who were originally known as the Bridegrooms based in Brooklyn.

In 1957 the Dodgers moved to LA and the Giants moved to San Francisco a year later. The East Coast rivals had remarkably transformed into a West Coast derby. Dodgers fans were traditionally seen as elitists from Manhattan and the Giants from the working class of Brooklyn. It's now a battle of the chilled out Northern Californians vs. Southern California sophistication. Despite these heavyweights playing each other more than 2500 times the rivalry has been remarkably tight.

The teams have had a long history of eliminating each other from playoff contention, moments that are considered precious to their respective fanbases. Amazingly it took until 2021 for the Dodgers and Giants to play each other in the postseason. It was the first time in what was the 131st year of the rivalry with the Dodgers winning the series 3-2.